Just like everything in time, Morton started with a humble beginning as a state chartered school by the name of Clyde school. It was a three-story school house at Ogden and nth Avenues. The ‘Little Red Schoolhouse” was a landmark amidst open prairies. The building sheltered both a grade school and the high school. It had only 7 students. On the first floor there were 2 classrooms; on the 2nd floor, an assembly room; and on the 3rd a physics lab. At one side of this lab in a small closet was a real skeleton, used in the study of physiology.

Mr. AS. Barry was the principal of the combined grammar & high school. The grammar school eventually moved out.

By January 2, 1899, the enrollment grew to 44 students and 3 teachers. From that day forward a new student entered every month, each of them walking or riding horseback to school every day.

Under Mr. Church’s able leadership the high school grew to over 3,000 students and 147 teachers. As the community became larger and the attendance became greater, a new school became necessary; so a site on Austin Blvd and 25th street was bought, and a new school was built in 1903. 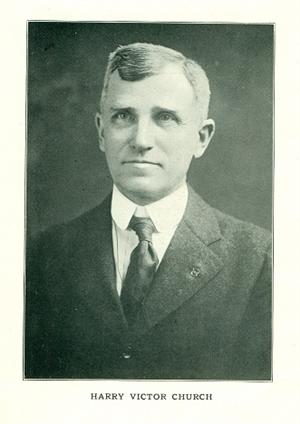